Dr. Deborah Levy is one of the leading experts in the field of Dyslexia. She is the author of many books, articles, and curricula for reading. She founded a private school in South Florida and has served on the boards of many professional organizations in the fields of Dyslexia and Learning Disabilities. She has spoken at many international and national conferences, including the International Dyslexia Association, Council of Exceptional Children, CHADD, Learning Disabilities Association, the Rodin Remediation Academy, the British Dyslexia Association, and the Ministries of Education in Russia and Latvia.

Dr. Levy has also been a certified reading specialist and a renowned teacher trainer in the fields of reading and special education for the past 43 years. She founded the Levy Learning Center, which is now a family-run organization, which makes it unique and caring for all students. She and her teaching team specialize in provided quality-driven tutoring services designed to improve all areas of cognitive functioning using multi-sensory learning methodologies.

The focus in our program has always been on the student’s improvement. Levy Learning Center tutors are educational specialists who have been trained in all the research-based, multi-sensory methods used by, and often developed by, Dr. Levy. These specialists report the progress of each student on a daily basis after each tutoring session, using our web-based system.

Here are some of the professional organizations at which Dr. Levy has been invited to speak: 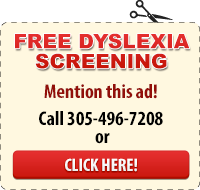