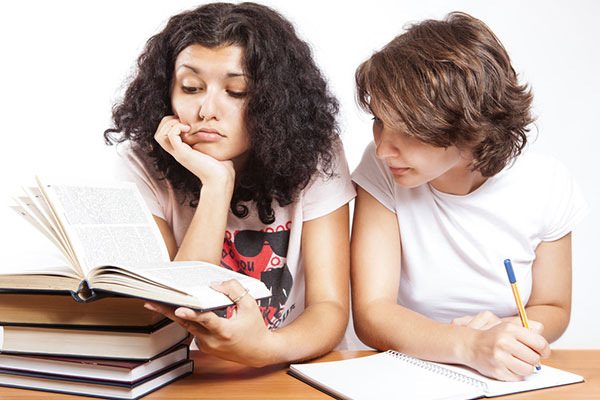 A Shift in Approach

The topic of learning disabilities has been a daunting discussion throughout American homes, schools, workplaces and even within government agencies for decades. Our nation is understandably concerned about the education of its citizens, employers are concerned about the learning abilities of their workers, teachers worry for their students and parents worry about their children. Schools are meant to prepare learners to enter into the modern world prepared to take on any challenge brought on by their careers or other endeavors. However, education and resources work together hand-in-hand in achieving this goal. With budgets, limited staff, and the emphasis on federal mandates, many schools are struggling to overcome the learning challenges of their students. The ongoing presence of learning disabilities only hardens our nations’ concerns.

At the forefront of all learning disabilities is “the most frequently occurring learning disability and the most common disorder of childhood” (Richards et al, 1999). You guessed it, dyslexia. Although it’s more commonly found in boys, dyslexia is a debilitating disorder affecting an estimated 5 to 15 percent or more of all U.S. children.

Dyslexia, this dreaded word strikes fear into the hearts and minds of parents each year. When parents become aware of this devastating diagnosis, it’s not a surprise that they are overwhelmed with a terrifying sense of concern. After being told that their child will likely have difficulty reading their entire life, they wonder what obstacles their children will face throughout their educational journey. Parents of dyslexic children are often told that teaching the skills necessary to cope with this disorder, as well as the skills needed to compensate for it, is the only solution.

According to the World Federation of Neurology, “Dyslexia is a disorder manifested by difficulty learning to read despite conventional instruction, adequate intelligence, and socio-culture opportunity.” (Catts & Kamphi p. 58). This definition was proposed in the 1960s to describe, classify and treat this disorder. Although this definition focuses more on what dyslexia is not as opposed to what it is, it was still utilized in labeling hundreds of thousands of people for decades.

An Exploration of Dyslexic Symptoms

Dyslexia has been explored by researchers for hundreds of years and since then, the symptoms have been described as including deficits in the areas of: phonological awareness, balance, motor control, visual discrimination, visual sequential processing, auditory processing and listening skills. These underlying problems are commonly characterized by reversing or transposing letter placement, clumsiness, figure-drawing errors and heightened emotionality.

The subject of dyslexia seems to disengage from the traditional scientific method as more research leads to lesser understanding. Kavale and Forness, along with teachers, tutors and parents nationwide ask: What is to be made of unexpected reading failure in otherwise average-functioning students? There is no one answer to this question and treating all learners in the same way leads to a lack of full understanding and ineffective treatment. Because dyslexic learners all suffer differently with their unique variety of symptoms, then it is clear that many aspects of human development are involved and must also be studied to grasp a fuller understanding of this malady.
The Cause

Many hypotheses have been suggested for the “cause” of dyslexia. Is it inherited from a family member/ancestor or does the issue stem from the structure and function of the brain? Others still wonder if it is caused by underlying deficits such as auditory processing, visual and/or motor (cerebellar) dysfunctions.

It turns out there is a lot more going on neurologically than we think when it comes to reading and comprehension. Many suggest the cause of dyslexia being primitive reflexes that are interconnected and that malfunctions within these interconnections could be causing poor coordination of visual, vestibular and proprioceptive systems required for good feedback and comprehension to the individual reading. But if the systems controlling the parts of the brain and inner ear that manage balance and eye movement affect how we read, then how do ear infections impact reading?

Others argue that society is another underlying cause of dyslexia. What is the role of cultural influences? How does it impact the way we read? Watching television and playing video games for long periods of time have unintentionally trained the eyes of many children to stare straight ahead to read within the area of focus without moving their eyes (Corso, 1997). The resulting lack of physical activity is yet another area of concern (Healy, 1994 p. 171). This ambiguity towards the cause of dyslexia further mystifies the disability and confuses parents and professionals alike.

The Orton/Gillingham Method is a phonological approach that has been traditionally used to treat individuals with dyslexia for many years. This approach was first introduced by Samuel Orton. Because Samuel Orton exhibited multiple symptoms of dyslexia himself, many question whether or not this treatment approach is too neurologically narrow. Many symptoms not related to phonology are apparent in dyslexic learners and this is just one example of how professionals that are guilty of the one-size-fits-all solution may be negatively impacting the efforts to wholeheartedly understand this disability.

Evidence in favor of the phonological weaknesses of dyslexics has continued to domineer the scene, but it is important to not diminish the significance of the visual perceptual problems reported by many dyslexics (Stein, 1997), as well as the barrage of other symptoms with various underlying causes that add to the reading comprehension, and written organization problems found in many dyslexic students.

The Neurodevelopmental (ND) Approach to Dyslexia

To neurodevelopmentmentalists, it seems reasonable that at its core, dyslexia is actually the result of several different inefficiencies. Because dyslexia varies from person to person, it should be looked at individually as cases with their own unique sets of causes that need to be addressed and not as a disorder that affects everyone in the same manner. This involves observing the child globally to incorporate specific activities based on analysis of each individual case, thus treating the root causes. As we look at healthy alternatives to research and treat dyslexia, it is time to consider looking at the child as an entirety to focus on the causes rather than the symptoms.

The ND Approach is related to neuroplasticity, the brain’s natural life-long ability to adjust itself according to environmental changes or enrichment (Ratey, 2001 p. 167). Brain stimulating activities can enhance neuroplasticity when applied with specific keys: frequency, intensity and short duration over a particular period of time. NDs believe that when these three keys are integrated with an individual’s auditory, visual, tactile, manual, language and mobility systems, low or non-functioning parts of the brain often gain function. This practice can reduce symptoms in dyslexic learners.

Unlike traditional approaches, The ND Approach relies on the cause of dyslexia as opposed to the symptoms to determine the best treatment practices. The ND Approach views learning difficulties as symptoms of incomplete development and lack of effective communication between brain and body. This disconnect can cause gaps throughout development long before a child even starts reading. For instance, a surprising 75 percent of students diagnosed with learning disabilities never crawled, thus leaving a gap in the stage of random movement toward coordinated movement (Corso, 1997). NDs believe that the right environment along with the right activities can work inclusively to heal the faulty wiring causing dyslexic symptoms to help fill in those gaps.

Other Key Elements that Impact Dyslexia

The auditory system plays an important role in reading because auditory memory is the ability to retain pieces of information and manipulate them in the short-term, directly impacting how one comprehends what they are reading (Ness, K. 1999). Language skills such as speech, reading, writing and spelling develop only if the child has learned to listen which is why all auditory deficits can negatively impact phonological processing (Goddard, 2002 p. 106). The auditory system, however, is constantly being culturally challenged in a world that has become primarily visual.

An advanced auditory system enhances the ability to decode new vocabulary and improves reading comprehension/retention. This is why alternative reading strategies should be implemented to continue developing the auditory system in various ways until the deficit can be remediated.

One individual is made up of a variety of different systems that interact and affect each other. One of those systems is the visual system which does not act alone. It relies on the vestibular and proprioceptive systems for accurate information, confirming The ND Approach. However, with a disability in which most researchers have been focused on symptoms as opposed to causes, the visual system is not commonly addressed within treatment. Orton (1938/1989) said that “eyedness… is not so widely recognized as handedness, but it is probably of equal importance” (p. 30). Regardless, eye dominance has proven to be a key factor in alleviating dyslexic symptoms. NDs have found that dyslexic symptoms lessen when eye dominance coordinates with the learner’s dominant hand and when additional inefficiencies are addressed. In some cases, dyslexic symptoms will even disappear entirely.

Despite educational efforts such as longer school calendars, better teacher training, curriculum development, intervention and tutoring, the percentage of students with reading disabilities continues to increase each year. The ND Approach has discovered how to address the symptoms and causes of dyslexia through day-to-day activities that can effectively help to eradicate the dreaded symptoms of this disability. It is time to consider the latest research in cognitive neuroscience as we take a fresh look at the challenges that dyslexic children and learners have faced. Individualized tutoring in a center where tutors are trained in dyslexia methods is the optimal way to ensure that treatment integrates these neurodevelopmental activities that help improve your child’s reading comprehension and brighten the educational path that was once dimmed by dyslexia.